Don’t miss out on this South Division face off in Kansas City, Mo. Will the League City Legends or Kansas City Stampede come out on top this season?

ABOUT MAJOR LEAGUE QUIDDITCH
Quidditch is a competitive, full-contact, mixed-gender sport played by athletes around the world. MLQ has set out to create a high-intensity environment for the best athletes in North America to hone their skills and compete for one of our sport's highest honors: the Benepe Cup. The 15 teams represented in the league hail from three divisions: East, North and South. 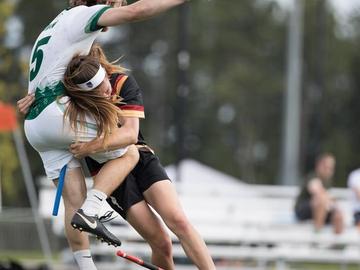